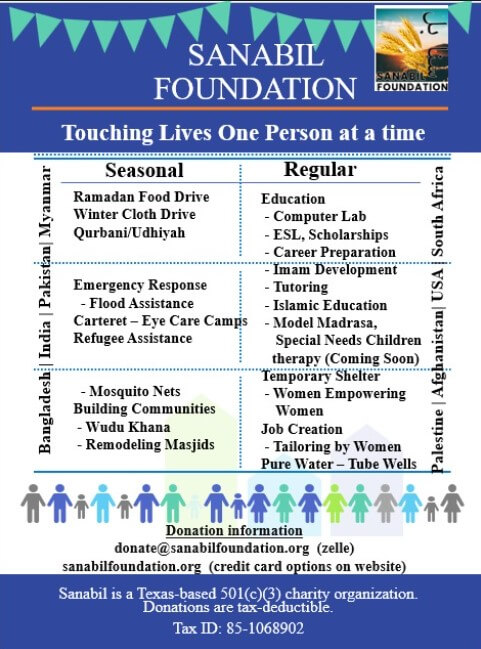 “The example of those who spend their wealth in the way of Allah is like a seed [of grain] which grows seven ears; in each ear is a hundred grains. And Allah multiplies [His reward] for whom He wills. And Allah is all-Encompassing and Knowing”. (Quran 2:261) Sanabil is a charity organization founded based on the principle of the above-mentioned text from the Holy Qur’an where Allah SWT mentioned a parable of “Ears of Grain” how it increased in numbers from a single seed [Sanabil -Plural of Sunbula (Ears of grain)]. He multiplies the reward for whom He wills when we donate for the sake of Allah. Our foundation would like to be a means for this noble purpose regardless of race, religion, or gender identity.